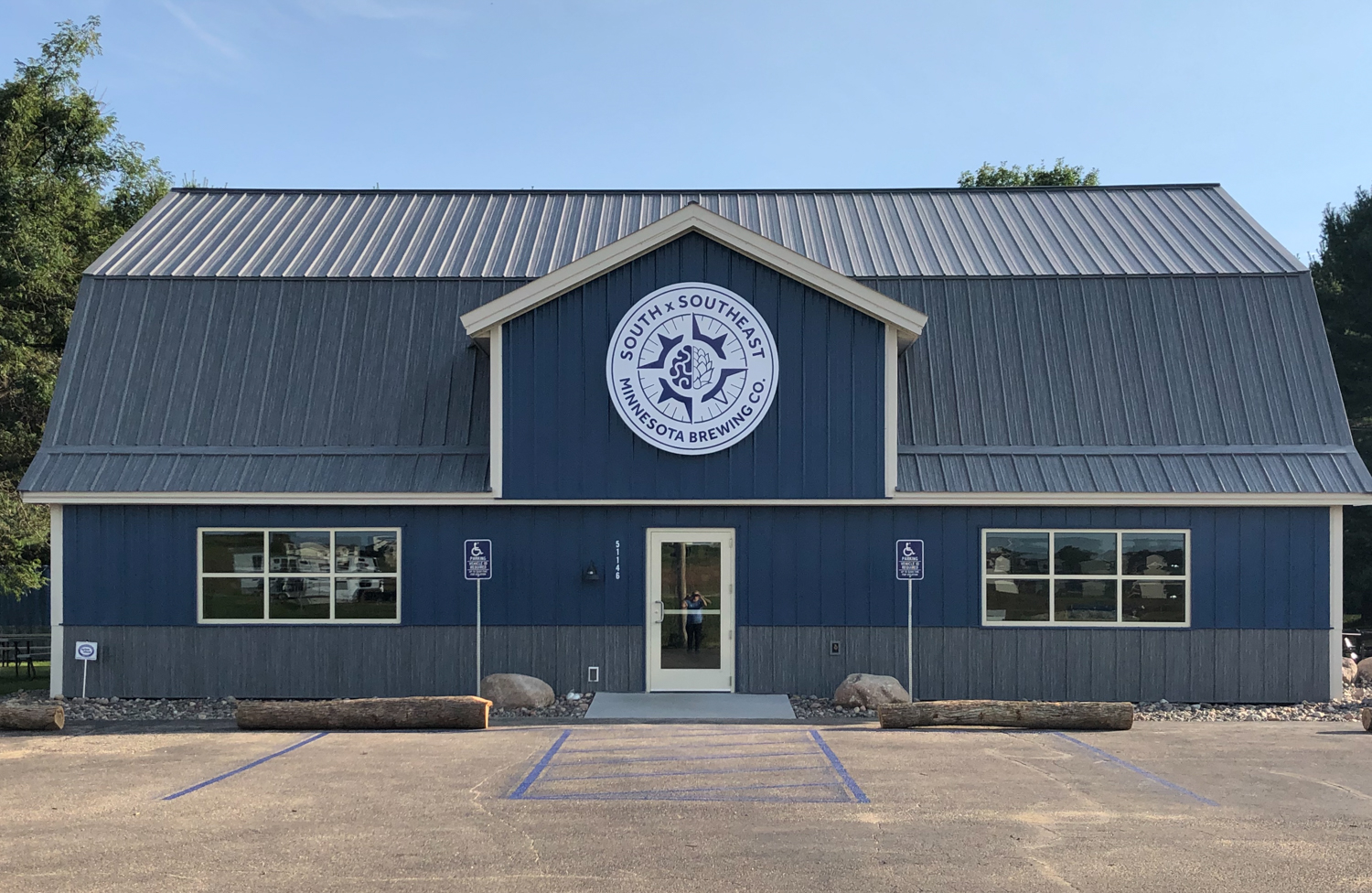 Grand Rounds Brewpub opened its doors in 2015 in the heart of downtown Rochester, just a short walk away from the Mayo Clinic and among plenty of foot traffic. By all accounts, a great location to be in.

In 2019, Grand Rounds’ founder Tessa Leung announced a big move: the brewpub was to move to Pine Island just north of Rochester off Highway 52 into what previously was Pine Cheese Mart and Von Klopp Brew Shop. Leung and her team renovated the building, gave it an eye-catching blue exterior, changed the licensing from a brewpub to a production brewery, and adopted the name South x Southeast (SxSE) Brewery.

The move to Pine Island might seem surprising from the outside looking in, considering the craft brewery boom happening in Rochester. But co-owner Tessa Leung says moving into a bigger space and transitioning from a brewpub to a production brewery has always been a part of the plans.

“Knowing what we know about Rochester, and brewing culture, and our location, it made the most sense to start as a brewpub,” Leung says. “We knew it would be kind of a sticky unwind when we got to this point but nothing that wasn’t to be expected.

“So it was proof of concept, proof of can you get your beer quality where it needs to be, can you have the right people asking for your product, do you have enough demand, can you meet demand,” Leung continues. “As it always is, it’s a numbers game too.”

Being able to distribute beer is a big part of the move. Leung and fellow co-owner Ann Fahy-Gust chose a 100-mile radius in order to keep customer service at a high level and be face-to-face with restaurants around southeast Minnesota.

Room to grow is another major reason for the relocation to Pine Island, explains Fahy-Gust. When they are ready to enter Phase 2, they plan to expand the brewery from 650 barrels to 3,000 by adding a new brewing facility behind the building.

That might seem lofty, but Fahy-Gust, who is a master brewer, was a part of five brewery builds and has 30-plus years in the industry having worked for places like Coors as a brewing engineer, at Guinness as director of international quality, and as a brewery director at Scottish & Newcastle. 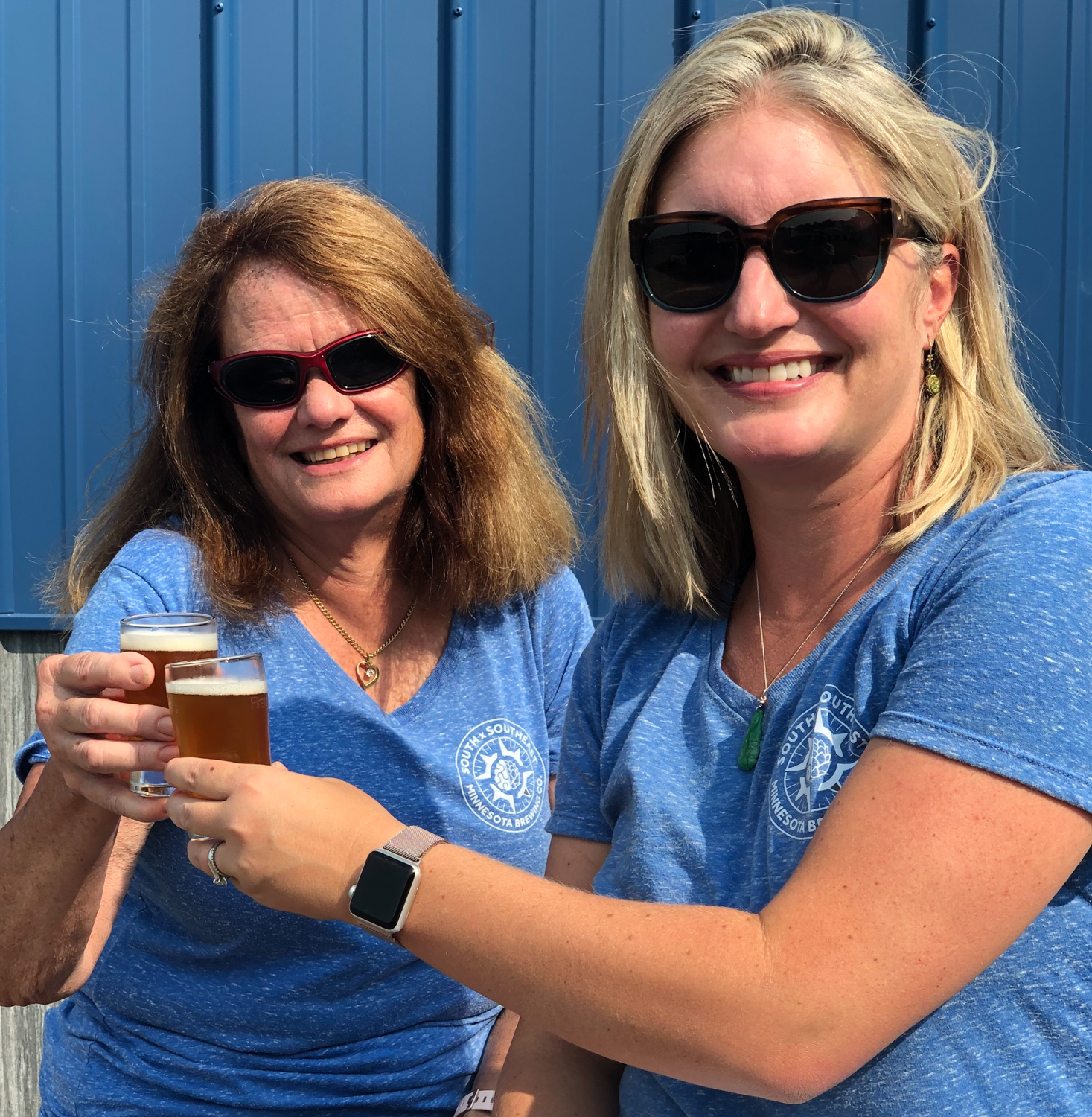 The owners’ ultimate goal is to make SxSE the regional beer brand. Currently, Toppling Goliath and Surly rule as kind of the beer widely distributed in the area, say the owners. But Toppling is from northeast Iowa about an hour’s drive away, and Surly is in the opposite direction nestled in the Twin Cities. It doesn’t feel like southeast Minnesota has a true regional brewery of its own.

And they feel there are plenty of smaller towns in the area, which don’t have a lot of craft beer on tap.

“Really introduce some of them to craft beer,” Fahy-Gust says of the brewery’s regional goals. “Some of the smaller towns you have a wonderful selection of Coors and Budweiser, which is fine, it’s wonderful, those people are drinking beer. It’s just that gentle introduction to something different.

“By bringing more craft beer to some of the areas that aren’t being serviced, that’s going to bring more interest for craft beer,” she adds.

The new space is 2,800 square feet—twice the size of Grand Rounds—and is equipped with the former location’s brewing system, which SxSE brewers are familiar with. Brewers Aaron Espy and Jason Pahl, who transitioned with Fahy-Gust and Leung, will bring some of the Grand Rounds favorites to SxSE Brewing, while also keep pursuing new recipes.

Fahy-Gust says Pine Island has been a great city to work with.

“It was where can we find the space we need, at least three acres to make that work, where can we find an economic development environment that really is searching for this sort of destination business,” she says. “Because not only are we doing the brewery, but there is an event center coming as well. So it becomes kind of a bigger thing, if you will.”

As they went out and looked at communities in Rochester and the surrounding area, Pine Island was the most aggressive in calling and trying to help and answer questions.

“They were right there with a whole bunch of different, very flexible ways to engage us and us to engage that community as well,” Fahy-Gust says.

While Pine Island’s city officials and local residents are excited about SxSE coming to town, Leung and Fahy-Gust say that they have gotten a great response from women in the community who are particularly inspired by the female duo running SxSE.

“A lot of women are reaching out and are really excited that it’s two women doing this and asking how they can help, when they can start working there,” Leung says.