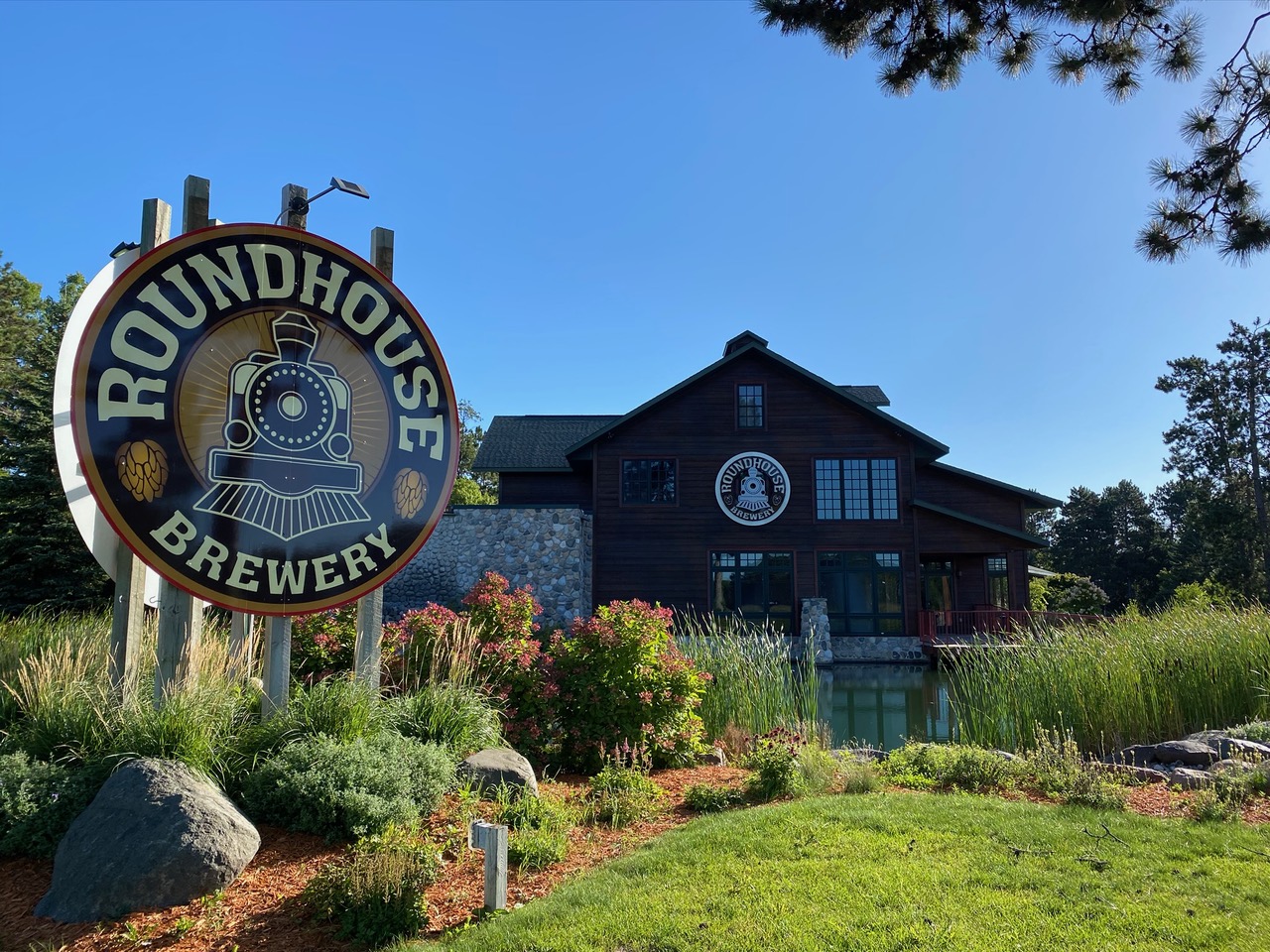 Roundhouse Brewery has been brewing beer in Brainerd since April 2016, but a move last summer saw the railroad-themed brewery chugging down the line to a new Nisswa location that was previously home to Gull Dam Brewing Co.

Gull Dam closed at the end of 2018 due to the owners retiring, leaving the Nisswa brewery open for Brainerd’s Roundhouse to move in and set up shop.

“We basically outgrew that location and needed to expand,” Roundhouse president and co-owner Mark Lelwica says of the move. Boasting a massive 14,000-square-foot footprint, the Nisswa building will provide Roundhouse plenty of space to grow.

The late-August 2020 relocation also increases production capability drastically, as well as what the brewery can offer on top of a taproom experience. Roundhouse upgraded from its original 7-barrel system to Gull Dam’s 20-barrel brewing system.

“That move has basically created further opportunity to grow the business in capacity and diversifying,” Lelwica says. “We have an event center, the Wreck Room, that has axe-throwing. It’s the first axe-throwing [venue] in the area. We are in the beginning stages of adding a kitchen and will be able to provide food on a walkout basis.

In March, Roundhouse had to close its taproom due to the Governor’s executive order. During that time, like most businesses, Roundhouse’s team was wondering what the future would look like. The lease for the original brewery was coming up for renewal and they recognized the need for expansion.

“What better thing to do in the middle of a pandemic than to up and move? So that’s what we did,” Lelwica says with a laugh.

There were a lot of moving parts but overall, the transition went smoothly.

While Roundhouse is no longer located inside a former railroad machine shop, it has kept its railroad name and branding intact—which is a significant part of the Brainerd Lakes area’s history. Beer names, the logo, and more all have ties to the railroad.

“The railroad, in general, has a far-reaching history in these parts,” Lelwica says. “It played a role in the development of Nisswa and all the places we call up north. We’re capturing a lot of that history with historical photos we were able to procure from the county historical society. And we’ve touched on a bit of the history in the area that is Nisswa with the lakes and it being a vacation and recreation area.

“We’ve been able to carry our brand, mesh together the history of what the railroad has done for the Nisswa area as well,” he adds. “The name of the Wreck Room is tied to train wreck. The mezzanine will be called The Platform. And the event center will be railroad-themed.”

Many of the beers are railroad-themed as well. Cinder Dick is an old railroad police officer as well as a seasonal Roundhouse beer. You can also see the theme in names like Golden Spike, Angel Seat, and Coal Train.

“He is very much a purist,” Lelwica says. “He wants to stay true to a flavor as best he can. The majority of our lineup is traditional and true: IPAs, porter, lager. Those have become our staples, our mainstays.”

But Roundhouse has dabbled in sours, released its Jubilee line of hard seltzers, and currently has a wild rice beer made with Minnesota wild rice on tap. 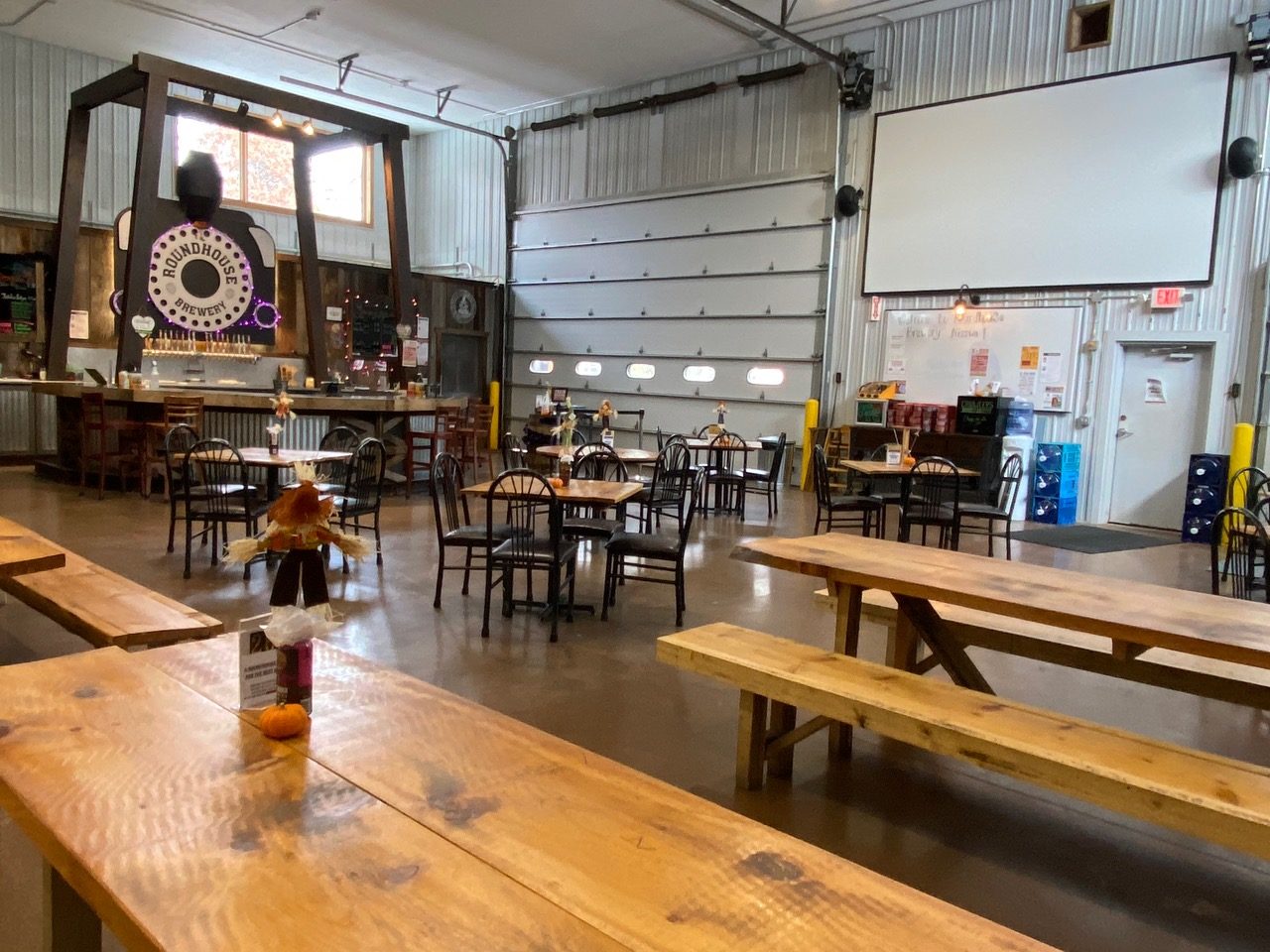 “We’ve always tried to stay diverse,” Lelwica says. “You want to have an offering that covers the spectrum. While we stay definitely true to and keep with traditional brews, we have proven through doing these other off brands that we can do that as well and be creative and adapt to market demands as they come up.”

While a lot of Roundhouse may have changed, locals can at least be confident that like the timely trains of yesteryears, the brewery can be counted on to provide its tried and true selection of beers.