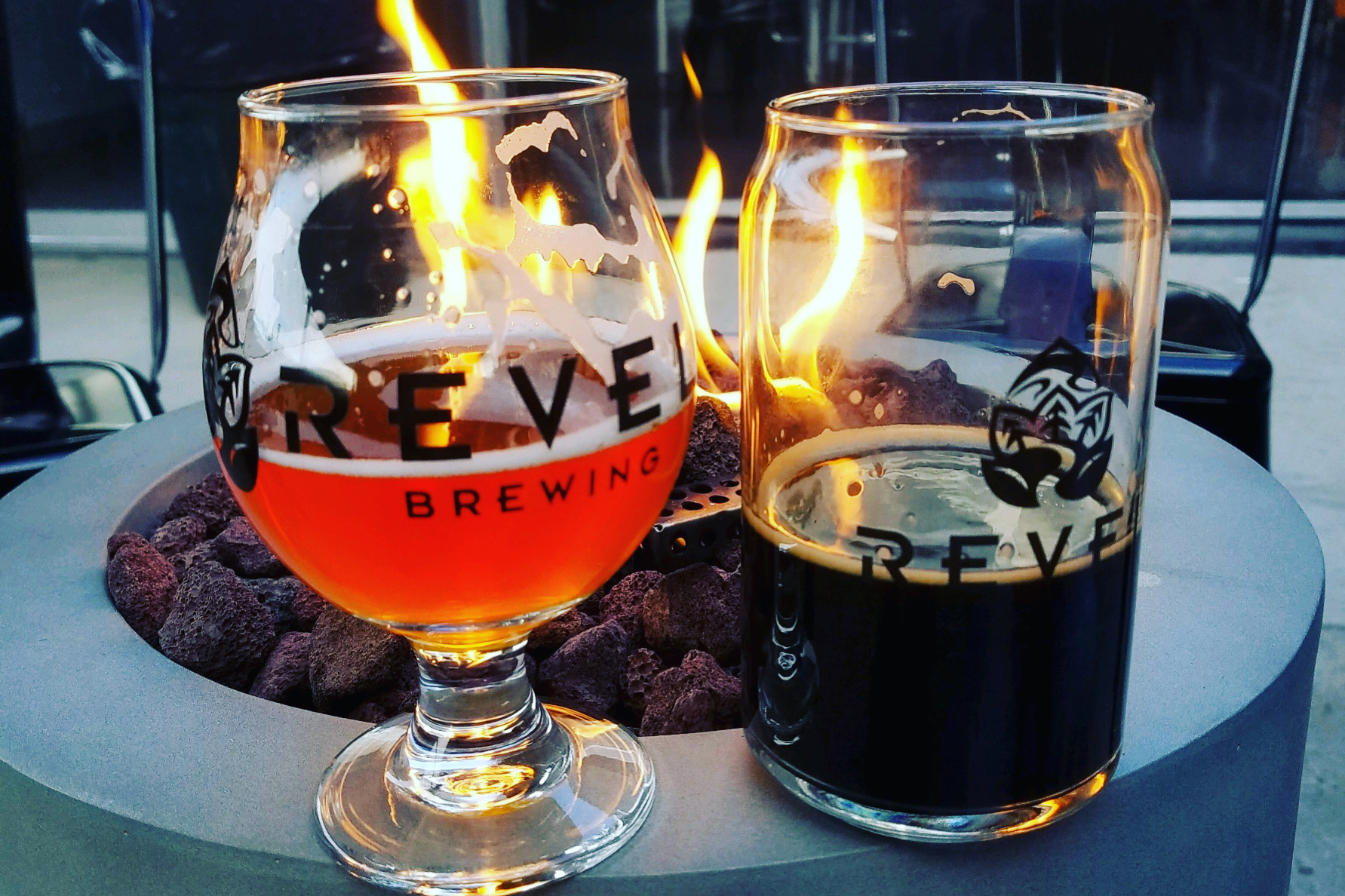 Park Rapids, Minnesota, home of the Headwaters of the Mississippi and a scenic downtown lined with charming shops, has a new attraction: Revel Brewing.

Owners and married couple Dylon and Katie Deschene opened the brewery in their hometown on September 12, 2020, after developing a love for craft beer while living in Colorado. While they were living in Colorado, they immersed themselves in craft beer culture, touring microbreweries to sample local beer and homebrewing their own.

“When we moved back to Minnesota four years ago, there wasn’t a brewery in Park Rapids,” explains Katie Deschene. “We wanted to change that. It took us a few years of planning and then we eventually bought the space we’re in now, which was built in 1919 and actually used to be a bank.”

With Dylon as the head brewer and Katie in charge of the front-of-house tasks, they hope to support their community and, of course, brew delicious beer.

One way they prioritize their community is by using local ingredients and booking local entertainment. All of their grain comes from Maltwerks in Detroit Lakes and some of their hops are Minnesota grown.

“Dylon and I love art and music,” says Katie. “Before COVID, the plan was to have live, local music every week. We also plan to have a local artist who paints the musicians when they perform. That art will be hung in the taproom.”

When they opened, they had four beers on tap including a blonde ale, an IPA, a chocolate milk stout on nitro, and an easy-drinking beer they dubbed “The Chameleon.”

“Opening day was great,” describes Katie. “We had outdoor seating available and our friend brought an outdoor burning pizza open. It was a little stressful to make sure we stayed at 50% capacity because of COVID, but we made it work.”

“With the Chameleon, we were hoping to appeal to some of the Busch light drinkers in the area,” she laughs. “It was a total hit—we ran out!” 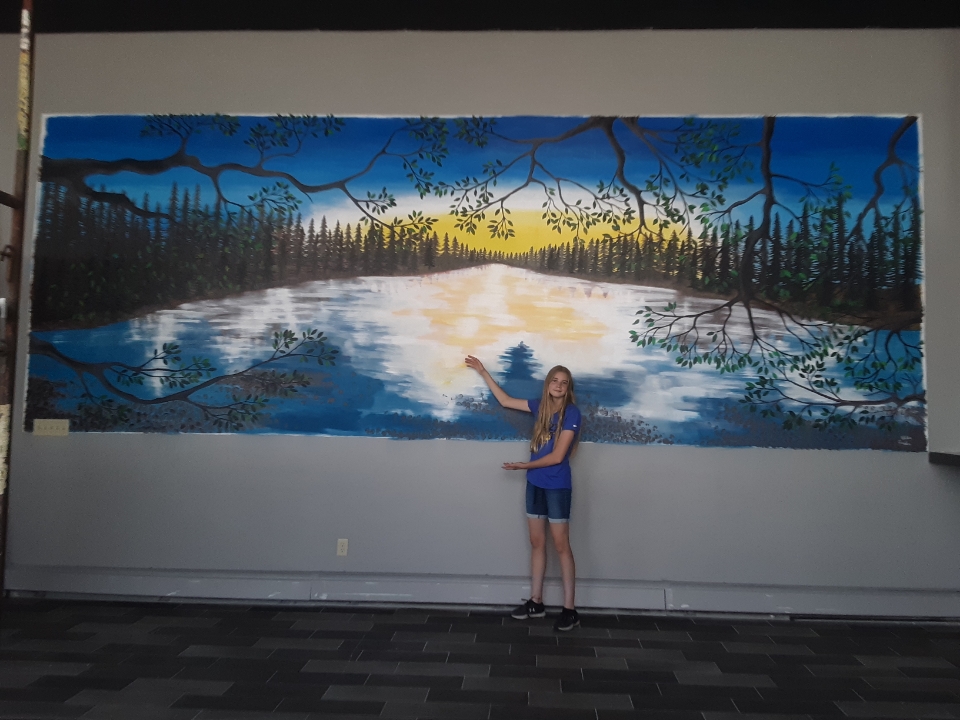 From their beer choices to the space itself, Katie and Dylon strive to create an inclusive and fun environment for families and beer connoisseurs alike. The taproom, which can seat approximately 60 people, has large windows that look out to downtown Park Rapids, an 8’x30’ mural painted by a local artist, and chalkboard paint on the walls for their customers to doodle on.

They are making the most of every inch of the old bank. Their 9-barrel brewing system is tucked away in what used to be a safe.

“Dylon doesn’t have a ton of space in there,” admits Katie. “But he makes it work.”

Due to COVID-19 restrictions, they’ve had to make a few accommodations to keep the business moving forward.

“Pre-COVID, we were not planning on doing any distribution,” Katie says. “However, we are looking at getting a bottling system and distributing to local liquor stores eventually. We will also be offering growlers and howlers as to-go orders.” 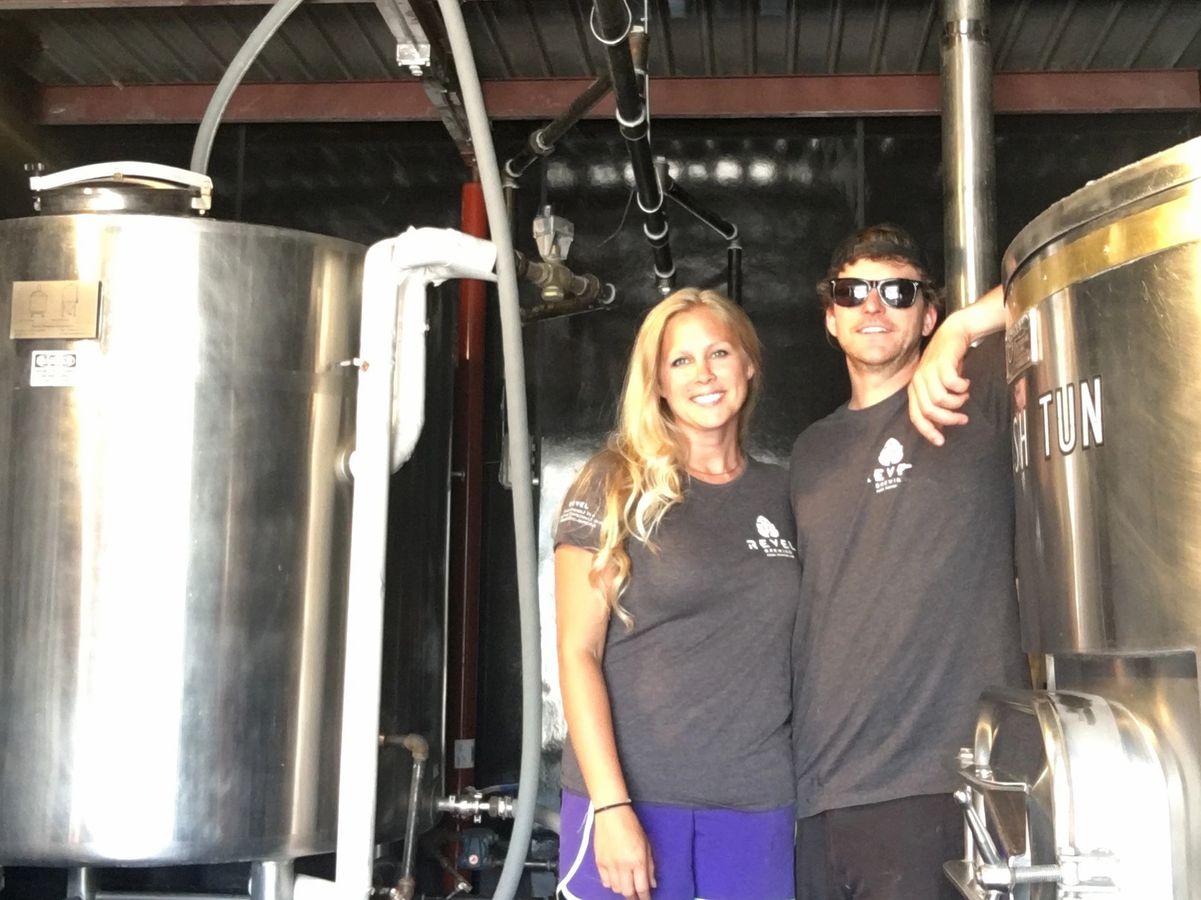