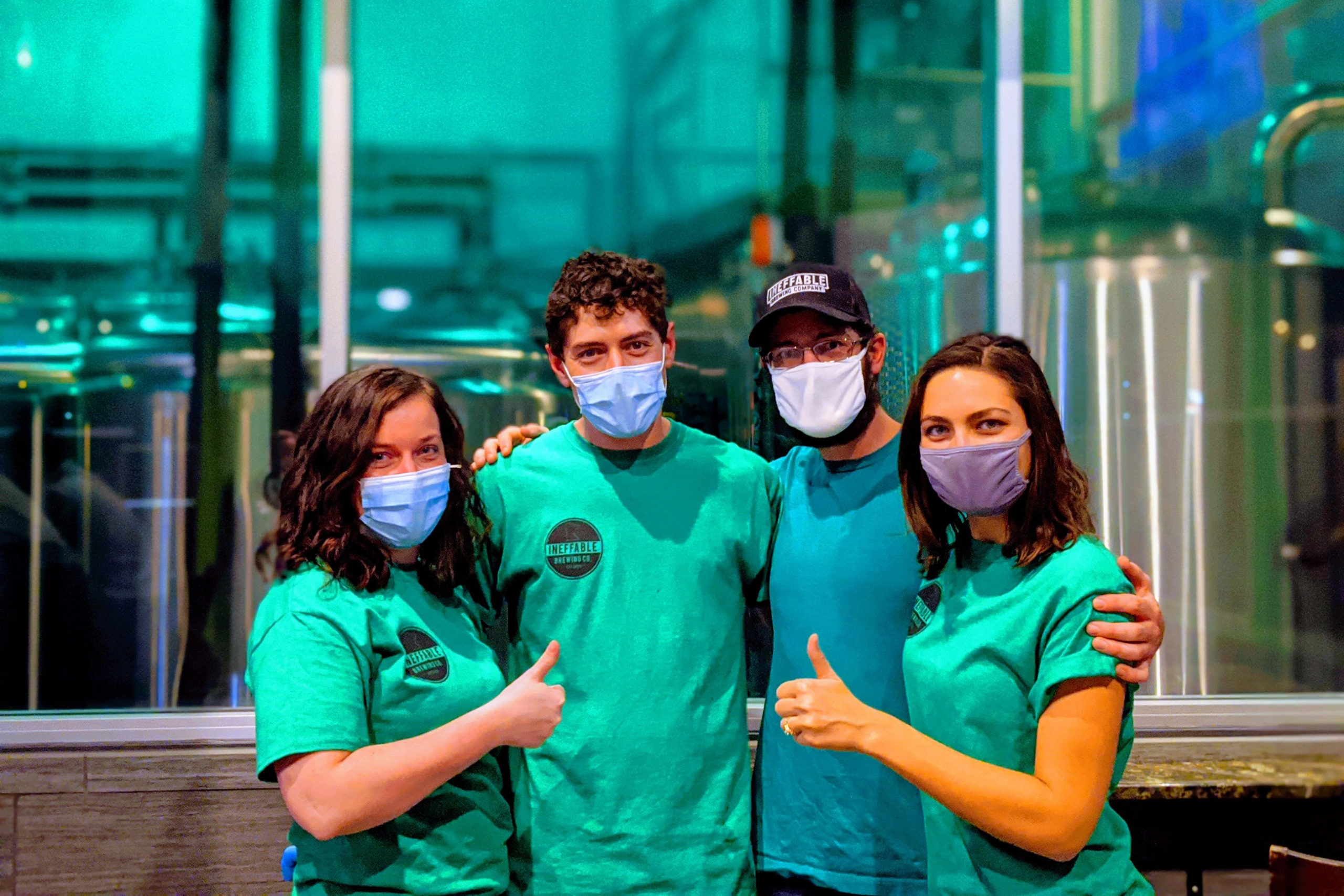 After Nutmeg Brewhouse closed in Burnsville, the space was quickly filled with the smell of hops and malt once again as Ineffable Brewing Co. made its way onto the craft beer scene on October 17, 2020.

Husband and wife duo, Richard and Barbara Stein, always had a dream of starting a business together. That dream, paired with their love for craft beer, ended up being the perfect recipe for starting their own brewpub.

“I was one of those guys who didn’t know what he wanted to do when he grew up,” says Richard. “Eventually, a good friend of mine got me into homebrewing and I loved it.”

Homebrewing provided Stein with some clarity on the future. He began volunteering at a local brewery during his free time and, eventually, Stein left his corporate job to pursue his career in craft beer.

The Steins recruited their head brewer Steve Larsen and brewery employee Taylor Abram to bring their dream to life. Ineffable Brewing Co. was born with the goal of providing the community with stellar brews and high-end bar food to boot, inspired by art, passion, and science.

“When we opened, we had four beers on tap,” says Richard. “But that number has already grown to 10 taps, including a white stout, oatmeal stout, a couple of IPAs, and more.”

Ineffable has room for 14 taps total, which they plan to fill out with more housemade beers, guest beers, and ciders in the near future.

When the brewery first opened, they had a full kitchen and every item, from fish and chips to beer cheese sauce, used Ineffable’s beer. Unfortunately, they had to temporarily shut down the kitchen due to the COVID-19 pandemic. 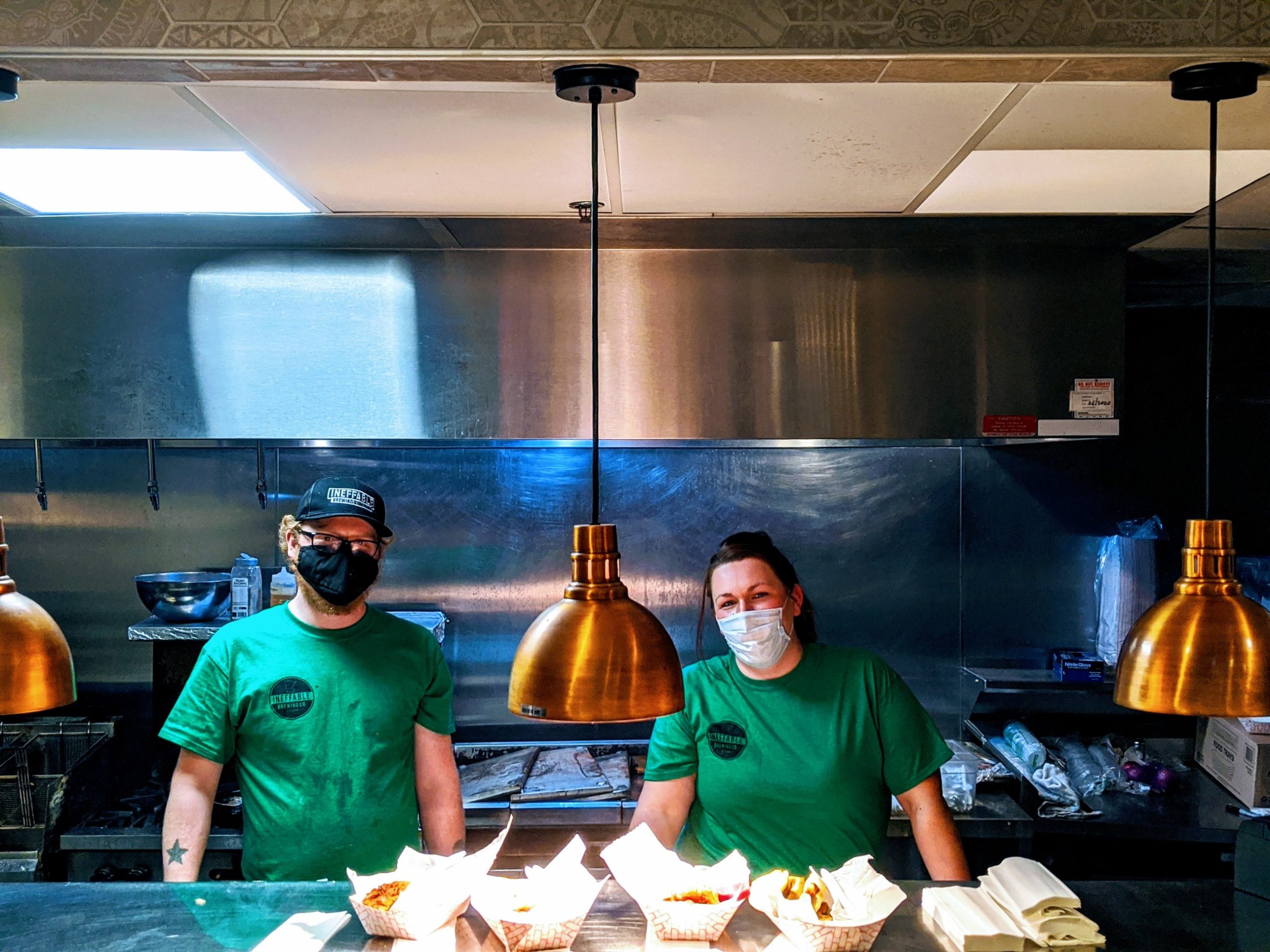 “We hope to bring our food menu back in the spring,” explains Richard. “But for now, we want to focus on providing the community with the best beer we can.”

In the meantime, they have partnered with Mr. D’s Wings & Things to vend barbecue on the weekends.

Although it remains empty because of COVID, the Ineffable taproom seats approximately 115 people. The spacious area is hop-themed because Stein plans on growing his own hops for the brewery in the next year or so.

“We plan on adding outdoor seating next year as well,” Richard adds.

The brewery operates on a 10-barrel brewing system with 8 universal tanks—also known as unitanks.

“With the unitanks, we can ferment and carbonate in the same tanks,” Richard says. “That means we don’t have to move beer from one tank to another, which will help improve the quality of the beer and save us money on cleaning and chemicals.”

The beer that ends up in those unitanks lies in the hands of the community.

“When it comes to our flagship beer, we’re going to let the community decide,” Richard says. “We try to ask everyone what they like and what they want to see in the taproom.” 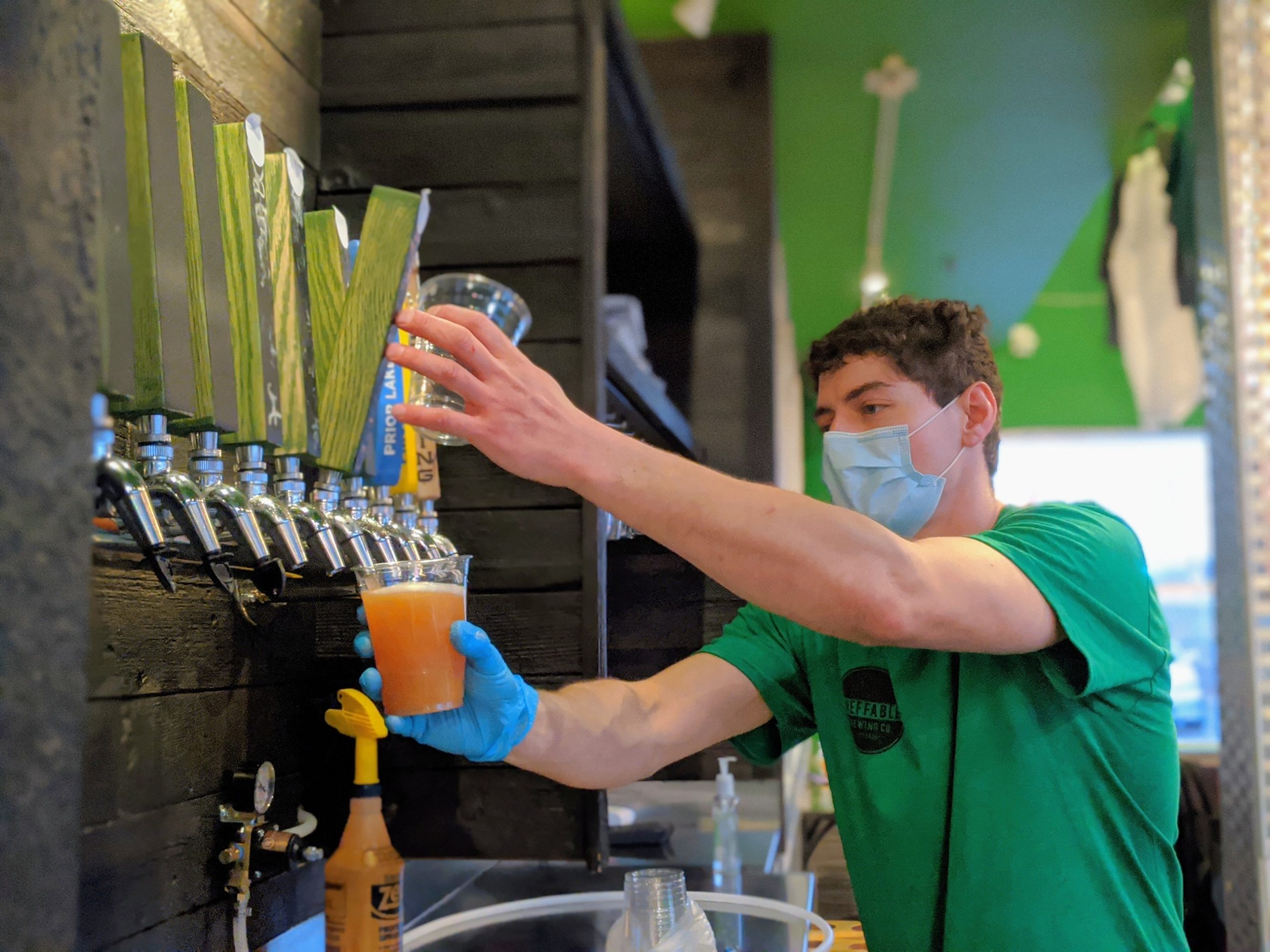 Like most businesses in Minnesota and around the country, Ineffable is working on making accommodations due to COVID-19. They are currently offering Crowlers of all of their beer to go.

“Eventually, we want to provide a space for people to simply have fun, hang out, and enjoy themselves—do all of the things that so many of us took for granted before COVID,” Richard reminisces. “In the meantime, we are excited to serve people delicious beer in any way we can!”