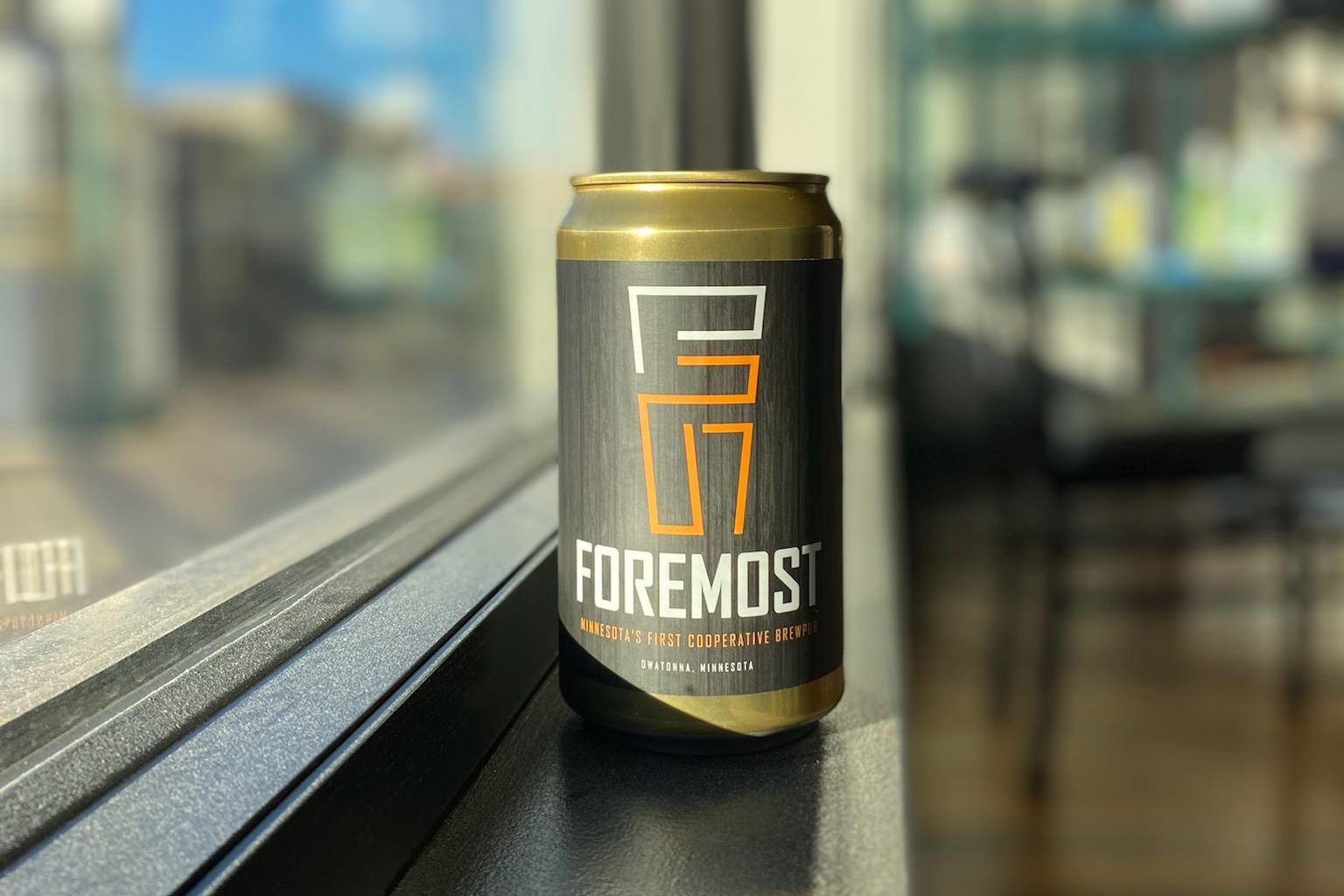 Roger Warehime remembers the first time he toured an old, city-owned building in Owatonna, Minnesota, with a painted sign on the brick exterior reading, “Owatonna’s People Press, Owatonna’s Foremost Advertiser.” He and his fellow board members were searching for a location to open a new brewpub.

“We kind of picked up on that word,” Warehime says of the newly opened Foremost Brewing Cooperative. “That building didn’t work out, but the name had already stuck.”

Foremost Brewing Cooperative is the first cooperatively owned brewpub in Minnesota, built on a similar model that Fair State Brewing and Broken Clock Brewing used to start their production breweries. The co-op is made up of member-owners, whose financial investments give them part ownership of the cooperative and the opportunity to earn credit on their food and beverage purchases. As a brewpub, Foremost cannot distribute any of its beer, but it does allow them to sell their own beer on-site, in addition to wine and spirits and a food menu full of paninis, appetizers, and more.

The building where Foremost now resides is nestled in downtown Owatonna. “Owatonna was like a lot of downtowns: being neglected,” Warehime says. “Not a lot of dining and retail going on, but it’s changing in the last five years.”

“Our model is as much about revitalizing downtown and creating a fun gathering place for people as it is about beer,” Warehime says. “We’re beer lovers but we realized a lot of times people have family members who aren’t as fond of beer.”

The beer from head brewer Terrence Flynn will skew toward more traditional styles. One of his favorite beers he’s made is a dry Irish stout that was on tap at the opening on November 24, 2020. Patrons can also expect a tripel as Flynn is a fan of Belgian styles. 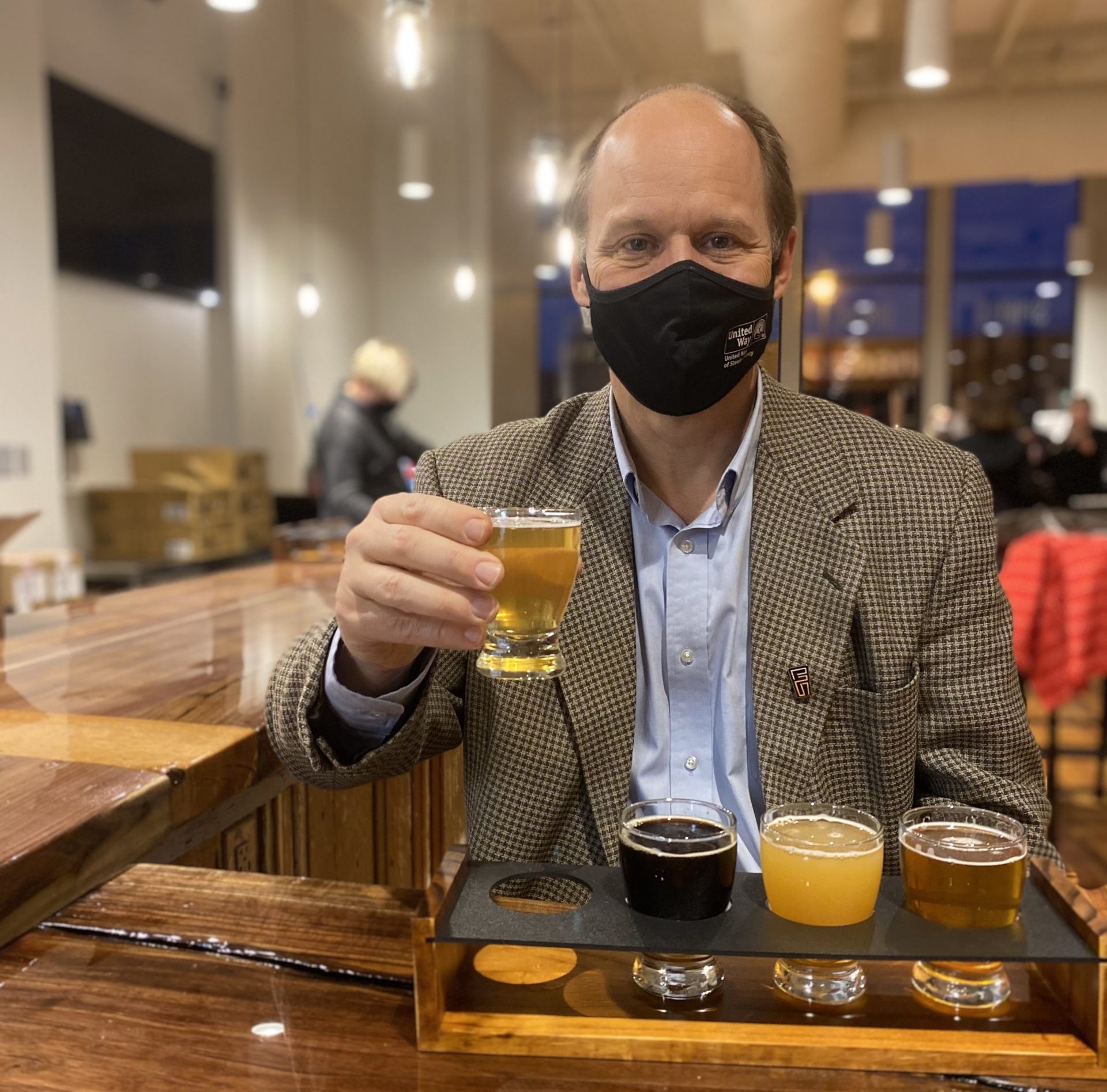 Roger Warehime, board president, toasts the opening at the reception we held for the construction team and board members • Photo via Foremost Brewing Cooperative

“We’re kind of planning to begin with more traditional brews and branch out from there and get into different things,” Warehime says.

Beer is brewed on a 5-barrel brewing system. Five-barrel and 10-barrel fermentors and similarly sized serving tanks are on-site. The brewery and tasting room occupy half of the basement level, while the dining room, kitchen, and bar are located on the main level. There are about 4,000 square feet on each of the brewpub’s levels. A second undeveloped story may be renovated in the future for additional space.

COVID has changed the business plan for opening. Takeout for food wasn’t initially on the menu, but to-go food and Crowlers have been a core component of their business since they opened. With COVID restrictions, about 100 seats of the 200 will be available in the building.

“It’s a good feeling,” Warehime says about finally opening. “One of the things I thought about… During the middle of a pandemic here we are opening a restaurant and brewery. We certainly know the challenges we have with COVID, but we think we can handle it.”

People can still become a member of the cooperative and be a part of the brewery. And with 610 member-owners so far, Warehime is proud of what Foremost can do for the city.

“It’s really about being a part of the community,” he says. “This originated from some work that was done in the community to see what people wanted done in Owatonna. They wanted the downtown revitalized. People have more buy-in and it’s their place. All of those members are going to have a special interest in us and provide us the ability to market to them. All of those members have friends, neighbors, and families they want to introduce to Foremost.” 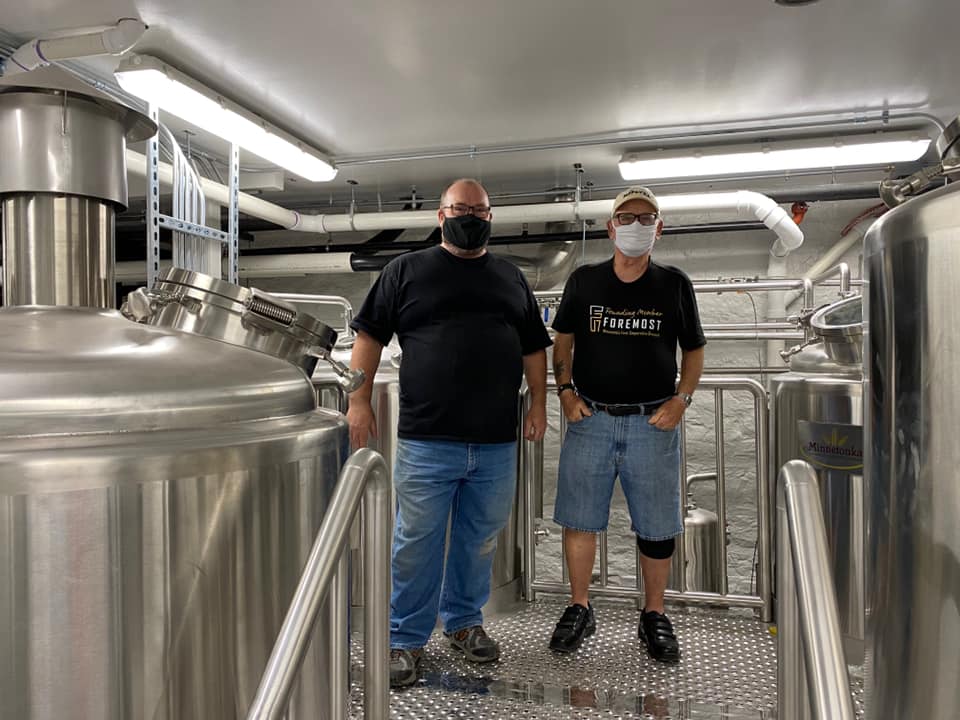 Hours: During the current Covid restrictions: Mon–Sat: 11 am–8 pm